← more from
Injazero Records
Get fresh music recommendations delivered to your inbox every Friday. 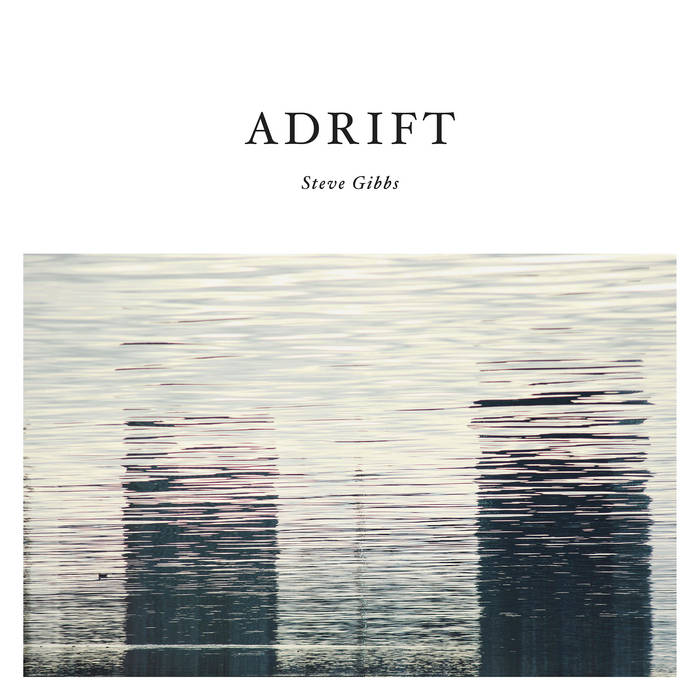 “An elegant and affecting fusion of modern classical and ambient and subtle electronic elements. A gem of a record, beautiful enough to hook you on the first listen, and sophisticated enough to make you want to keep it in heavy rotation.”
Headphone Commute

“Emotion and ambience at its very best. I’m overwhelmed. A masterpiece.”
Echoes and Dust

“Musically lush, deeply sensitive in feel and sober in motion. Like a beautiful time of day, and one that still has plenty of warmth despite the failing light. It has a classical touch, but it stays true to its ambient center.”
A Closer Listen

Adrift is the beautiful debut album from UK composer-pianist Steve Gibbs. Acting loosely as a reissue of Gibbs’ hugely popular Bandcamp release of a similar collection of pieces, this expanded, re-mastered, heavyweight vinyl edition paints a clear picture of a composer mastering his chosen form. It is a record of astonishing warmth, eloquence and sophistication, bedding deep in the ear, whether punctuating subtle moments of silence or rising to sublime heights.

Gibbs ostensibly occupies a similar territory to his peers in the broad and unstructured “modern classical” world. His instrumentation - piano, strings, gentle electronics, occasional guitars - is used with a similar sense of vision as Goldmund, Ólafur Arnalds, Dustin O’Halloran, Stars of the Lid, the piano solos of Arvo Pärt. Yet Adrift retains a singularity, a distinct and forward-facing identity. Its canvas, though rich and vivid like theirs, is left purposefully spacious and open. Passages of soft microsound comparable to Alva Noto & Ryuichi Sakamoto’s duet albums or Mika Vainio merge with lusher cinemascapes akin to Clint Mansell and Max Richter. Album opener ‘Passion’ combines breathtakingly pretty musicbox and piano sounds and lamenting chords to underpin its seaswells of white noise. By ‘Bokeh’ - the final piece - varying themes of elevation, melancholy, catharsis, love and loss have been sparingly, economically dotted about the pindrop elegance. “One of the most important lessons I’ve learnt and follow as a rule is that simplicity is often much more effective,” Gibbs writes. “The space left in between the notes are almost as important as the notes themselves.”

That Gibbs’ music has already been used in various film, TV and dance productions is testament to its immensely evocative qualities. And its acclaim is readily apparent in its listening figures: Gibbs has clocked over one million plays on his SoundCloud page, and tops the site-wide “modern classical” search tag.

Adrift was recorded in Gibbs’ home studio setup, without so much as a second pair of hands until mastered by genre stalwart Taylor Deupree (Lubomyr Melnyk, William Basinski, Steve Hauschildt). Having studied piano, guitar, production and music theory through both lessons and self-training, and honing his ear through devouring classical and ambient music, Gibbs deftly interweaves studio and compositional techniques. He employs “synth pads, reversed phrases and reel-to-reel tape recording to add subtle textures as a bed, and manipulating field recordings to create unique ambient textures” alongside piano and string arrangements.

Bonobo stops by to talk about his new record Fragments